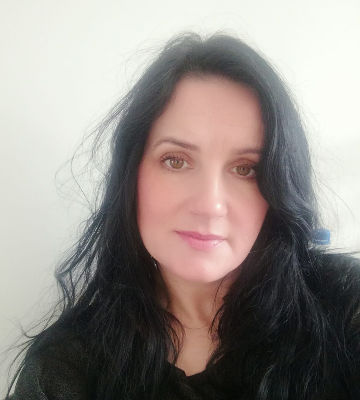 Organic chemistry, in particular stereoselective synthesis of mono- and polyheterocyclic systems by hetero-Diels-Alder cycloaddition, Mannich, Horner-Wadsworth-Emmons and others. Research focuses on optimizing methods for obtaining chiral heteroorganic connections and their use as building blocks and in catalysis (as ligands in reactions involving metal ions or catalysts). An important research trend is the work on compounds showing the desired biological activity, e.g. antiproliferative or anti-viral.

Awarded many times for her scientific and organizational activities with the awards of the Rector of the Wrocław University of Science and Technology (2008, 2009, 2010, 2014, 2015, 2016, 2017, 2018, 2019). Reviewer of the ST4 panel of the National Science Center and articles for many scientific journals (including Journal of Organic Chemistry, Beilstein Journal of Organic Chemistry, New Journal of Chemistry, Tetrahedron Letters, Molecules, Catalysts, Symmetry). Reviewer of 10 doctoral dissertations.

Other key awards and functions: