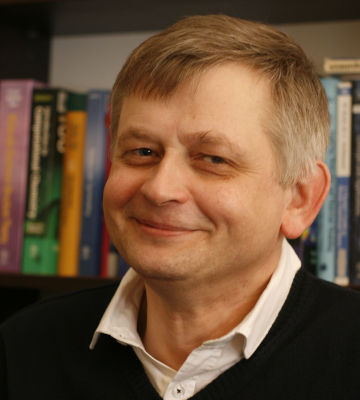 Head of the Department of Physical and Quantum Chemistry, Senator of the Wrocław University of Science and Technology

Professor Wojciech Bartkowiak joined the Faculty of Chemistry at the Wroclaw University of Science and Technology in 1998 where he is now a Full Professor and the chair of the Department of Physical and Quantum Chemistry. He co-authored over 120 scientific publications and book chapters and supervised 12 PhD students. His research focuses on electronic and vibrational structure theory of organic molecules with a special emphasis on multiphoton absorption and the influence of external confinement on molecular properties.

Other major awards and functions: