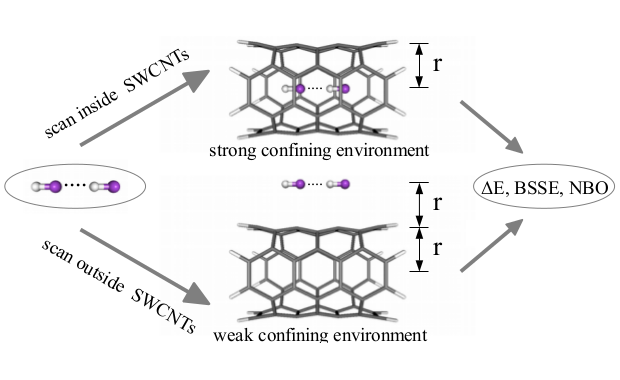 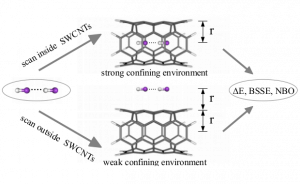 We analyze the noncovalent interactions of molecular complexes formed between the hydrogen bonded HF dimer and single-walled carbon nanotubes (SWCNTs) of different diameters. In particular, the interaction energies of: (i) spatially confined hydrogen fluoride molecules and (ii) HF dimer and the exterior or interior of SWCNTs are investigated. Among others, the position of the HF dimer with respect to the carbon cages proves to have a significant influence on the analyzed quantities. The results of our study also indicate that the HF dimer interacts stronger with the interior rather than the exterior of SWCNTs. Moreover, a substantial enhancement of the basis set superposition error is disclosed.